5 Guided Tours of all sites

All travel within Italy except private requests 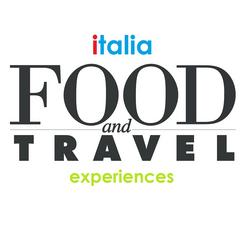 The Jews of Italy have strong bi-cultural roots dating back to the second century BCE, when many Israelites, under the leadership of Judah Maccabeus, left the land of Israel to go the “Eternal City” (Rome). They also settled in Naples and in various localities in the southern part of the peninsula. Jews in pre-Christian Rome were very active in proselytizing their faith. It was not until the Jewish revolts in 132 CE, culminating in the destruction of the Second Temple in Jerusalem in 70 CE, that the Jewish-Roman alliance was broken and the Jews were forced into slavery. Approximately 10,000 Jews were transported to Rome to be used as work hands to help build the Coliseum. In addition to the history of the Jew in Italy, it’s important to note the gastronomic contribution made in expanding the knowledge of new flavors, aromas, spices and cooking techniques, which are common today in the Italian food repertoire but many ignore the sources. Ingredients such as eggplant, artichokes, honey, nuts and many more, found commonplace in the new Italian cuisine developed after the Inquisition of the 1500. As a chef, I personally undertook the task to share Italian Sephardim Cookery since 1985 simply to pay homage to my Jewish paternal grandmother, and for over 30 years offered Sephardim holiday celebrations in our restaurants with cuisine representing the several Ghettos of the Italian peninsula.
Today we no longer run restaurants, but my passion in sharing the wealth of Jewish Cuisine in Italy is represented in this tour which combines the uniqueness of Jewish settlements in Italy with their culinary richness. The affinity of the two cultures is redefined in this excursion. After all as we say in Italy: “The difference between in Italian and a Jew is the shyness of their shoe”.